Rajid our taxi driver arrived on time at 7.15am on TUESDAY and for the sum of 10 Pounds, delivered us to Heathrow Airport at 7.35am.  By the time we'd checked our bags, been through security, eaten a granola and yoghurt each and walked the long walk to our gate, it was time to board the flight to Singapore for the first leg of our journey. 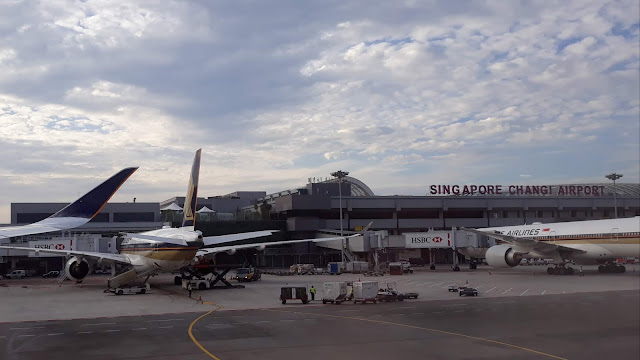 Our flight was on an Airbus A380-800 and although we've heard and read mostly favourable comments on this plane, we have found other planes to be much more comfortable.  The flight was okay, without incident although as we took off, an overhead hatch flew open and as it was directly in line with Mike's seat, it could have been nasty if the bags inside had shot out.  Members of the air crew and several passengers were aware of this and all kept a close eye on the offending hatch until we reached our cruising height and levelled off, when one of the stewardesses was able to close it.  (Perhaps it hadn't been checked properly before take off!)

We watched a couple of films, dozed on and off throughout the flight and arrived in Singapore at about 5.45am on WEDNESDAY.  After another long walk followed by a train ride from T3 to T1 and a mediocre iced coffee/iced chocolate at one of the airport cafes, as well as another security check it was almost time to board the flight bound for Perth.

The second leg was on board a Boeing A350-900, a considerably more comfortable plane with wider seats and more leg room than the A380, 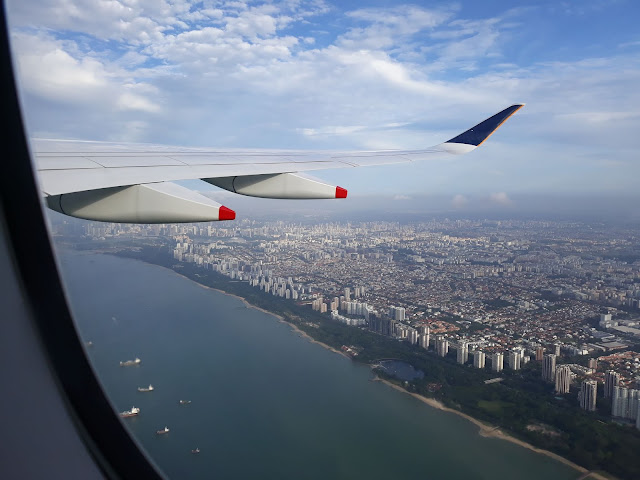 helped a little by the fact that we had our favoured aisle and window seats with a vacant seat between us.  There's not really much that can be said about air travel, it is a means to an end and it ended on time in Perth at 12.50pm on WEDNESDAY. 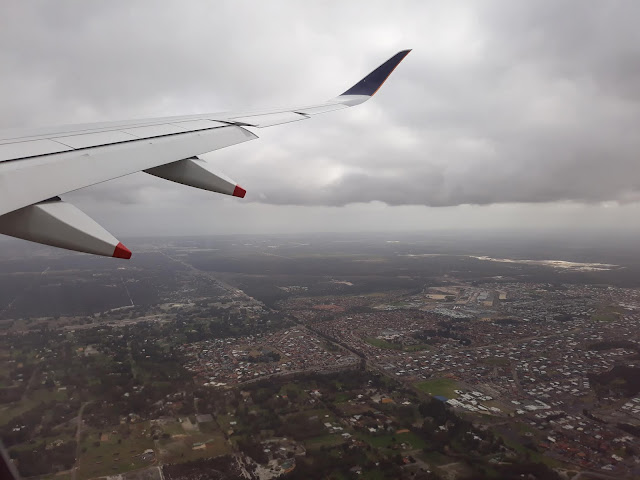 In a world record first, we were through immigration quickly, retrieved our luggage almost immediately and were ushered through customs and out into the fresh air in no time at all.  Three minutes wait for the uber to arrive and twenty minutes later....home!

And so ends this year's European holiday/bike ride with a total of over 900kms ridden, but as we sold the bikes in England it is unlikely that there will be a similar trip undertaken so, we'll just have to think of something else!

Glad you made it home ok. Looking forward to finding out where your next adventure will take you both. All the best. Cheers M&M