We stayed for 3 nights at Cosy Corner, would have happily stayed there a little longer but our water supply was in danger of running out and there is none available at the camp.  The camp is free for self-contained vehicles and it is possible to stay for up to 7 nights.  There are two separate areas - one for small/medium caravans and a tent area which is a little closer to the beach. To receive a telephone signal it was necessary to climb the hill behind our camp, which overlooked dense bush between the hill and the ocean, and find the exact 'spot' so I was stunned when a call came through from our friend Marion in England, while I stood on a large rock on the beach, watching Mike fishing.  I was afraid to move in case the signal was lost but we managed to chat for several minutes. 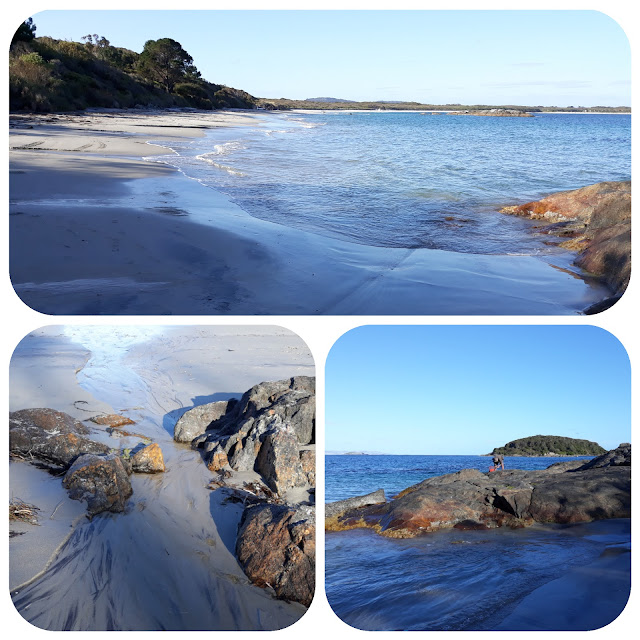 Albany was extremely busy on FRIDAY when we ventured into the town.  We did some shopping, did a drive through tour, had an excellent cafe lunch at Kate's Cafe on Stirling Tce followed by a stroll through the indoor markets and a nearby gallery. 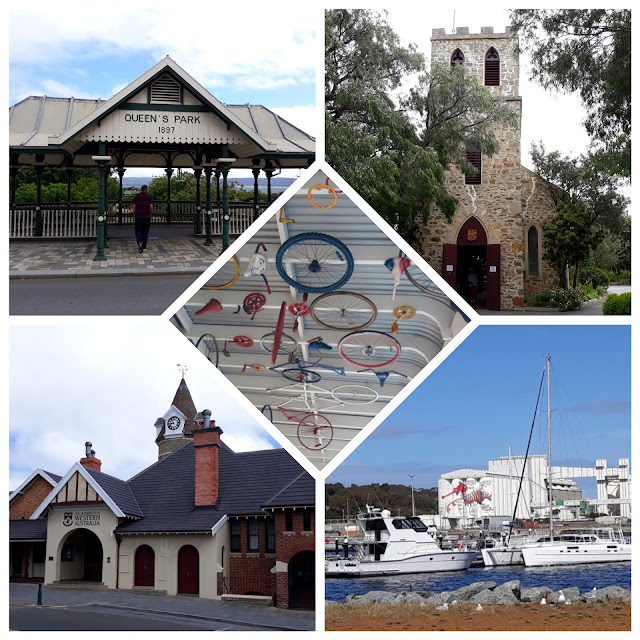 On SATURDAY we went first to Frenchman Bay, 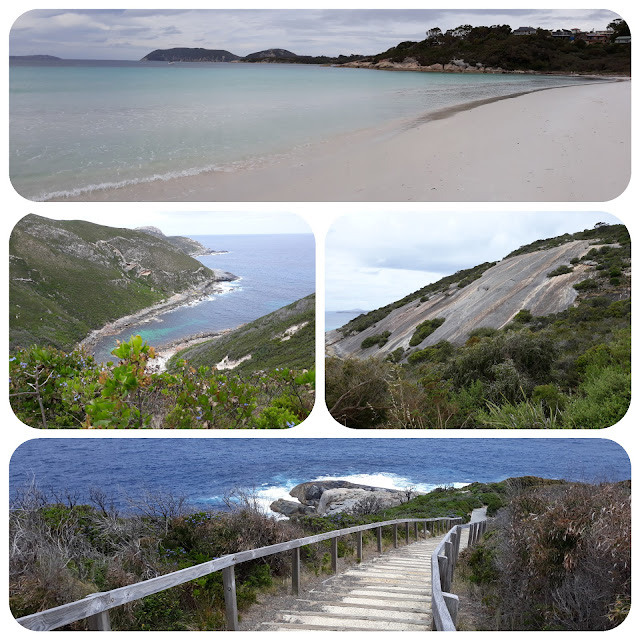 visiting Goode Beach, Jimmy Newell's Harbour, Misery Beach and the Blowholes which sadly, were not blowing.  I found some more flowers 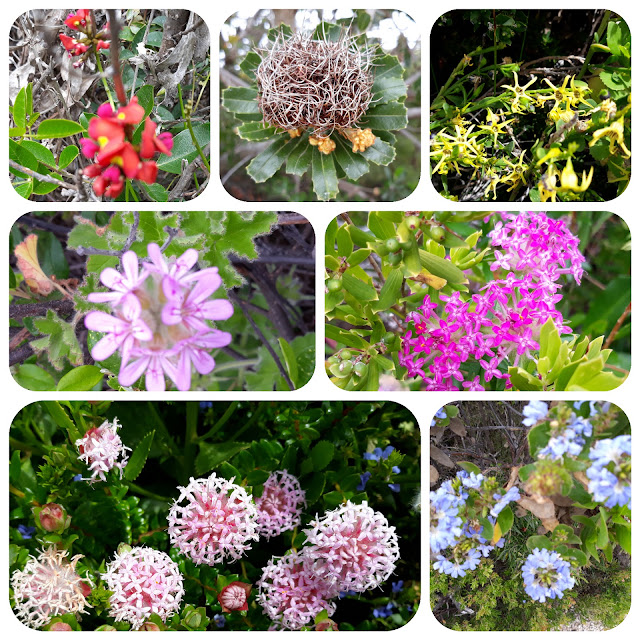 and then we drove into town which was very, very quiet, walked up and down York Street where very few shops were open and stopped at Cosi's Cafe for coffee/cake before heading back to camp.  On the reutrn journey we called in to Torbay Inlet 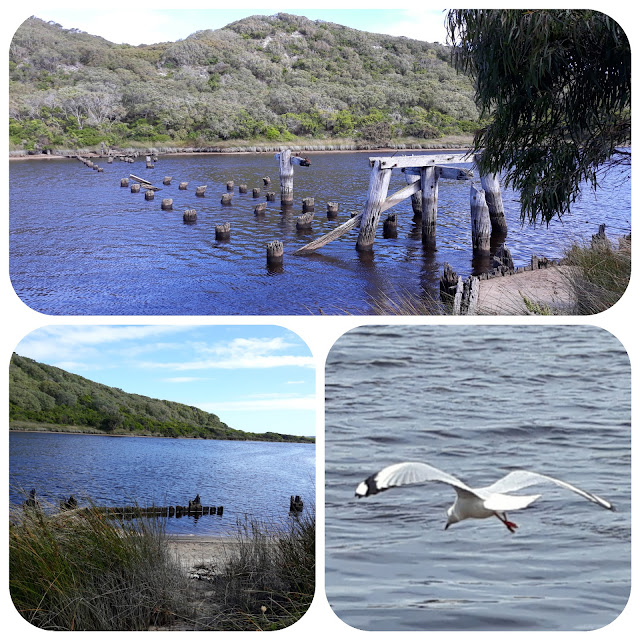 On SUNDAY morning we once again drove into Albany 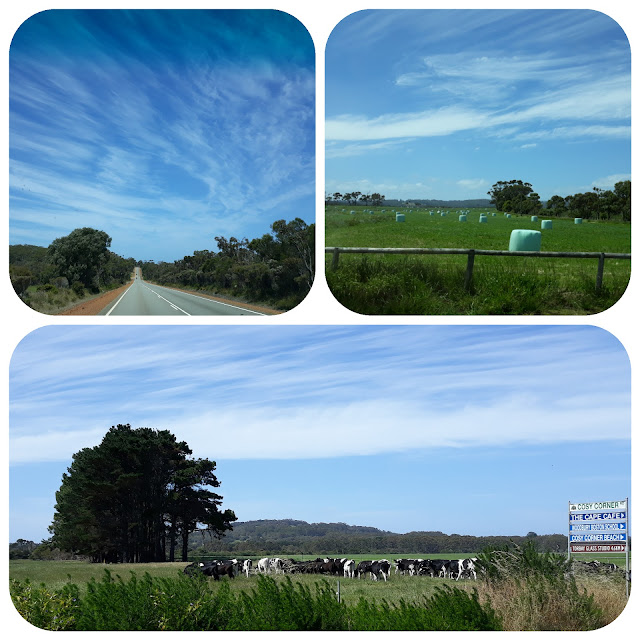 to fill the water tank (there is a tap available, as well as a dump point, at the park opposite the "Amity" replica) before heading to the Stirling Ranges where we intended to stay overnight at a bush camp located on a farm near Mt Trio.  Unfortunately, on arrival there we were a little disappointed with the camp and decided to check out the other caravan park near Bluff Knoll.  That too was a disappointment as it is not actually in the national park, as we had thought and caravans are verboten there so over coffee at the Bluff Knoll cafe, we decided to continue on to Gnowangerup for an overnighter.  Being well aware of our limitations, neither of us was going to try to climb either Mt Trio or Bluff Knoll so it really wasn't a difficult decision. 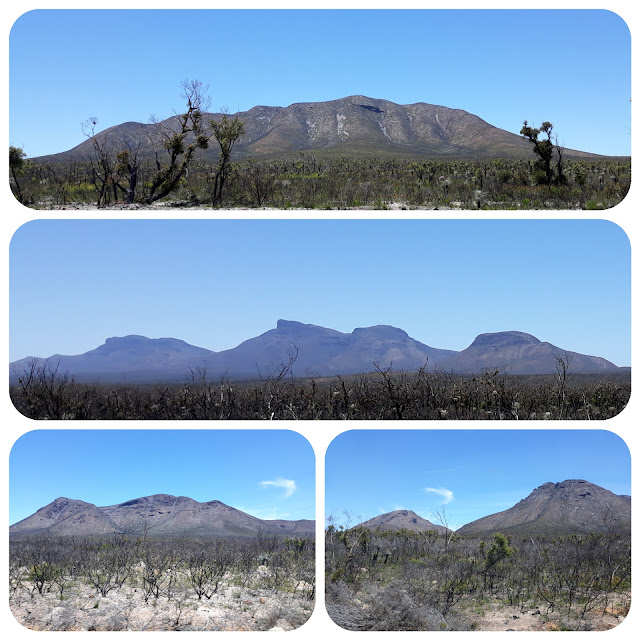 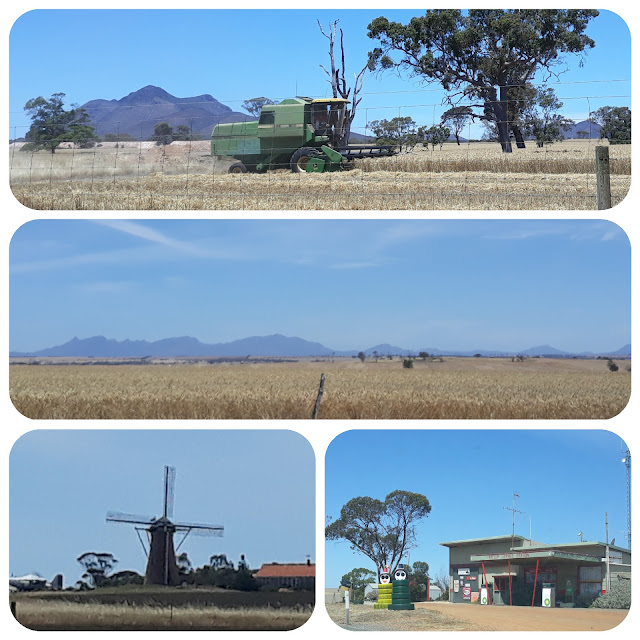 During a lazy afternoon yesterday at the excellent Gnowangerup caravan park, when checking out the predicted temperatures for the next few days and finding that high 30 degree temperatures are expected in the inland region, we decided to head to the coast where it could be about 10 degrees cooler and spend a couple of days there BUT....this morning when Mike discovered that this week is school leavers' week and the coastal parks from Dunsborough to Bunbury are all booked out so will be full of teenagers, home was the obvious destination choice.

We left Gnowangerup shortly after 8a.m., stopping in Katanning as we'd not been there before, although we had bypassed the turn off a couple of times, liking what we saw after a walk around and a coffee at the Daily Grind coffee lounge 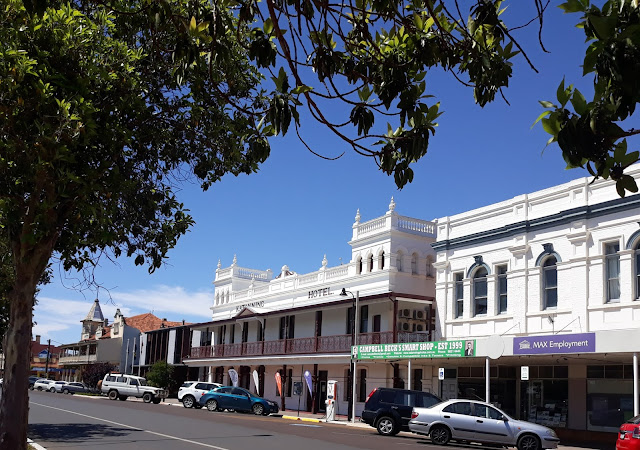 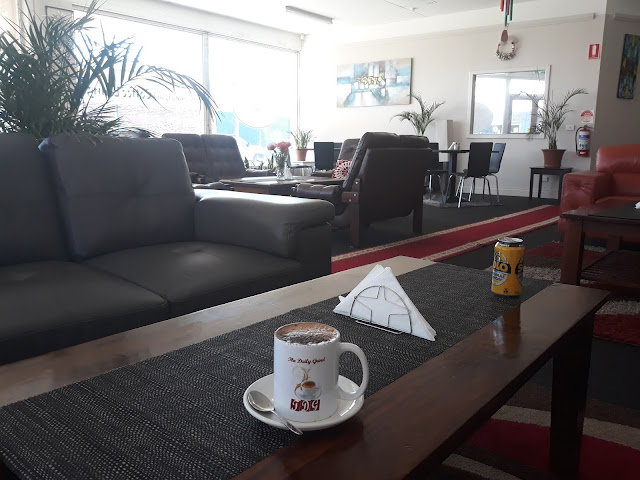 before continuing on to Wagin, where we bought and ate icecreams 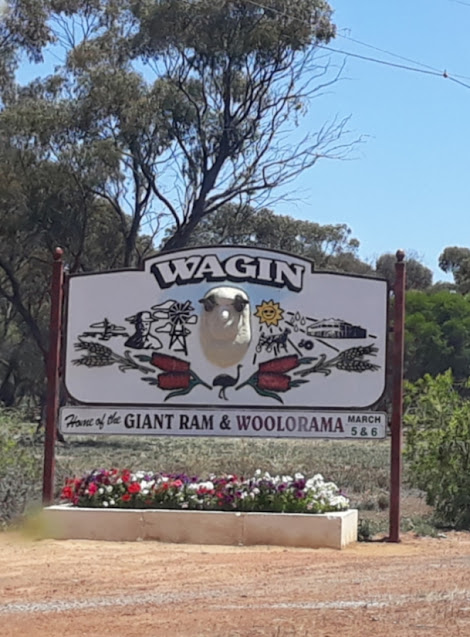 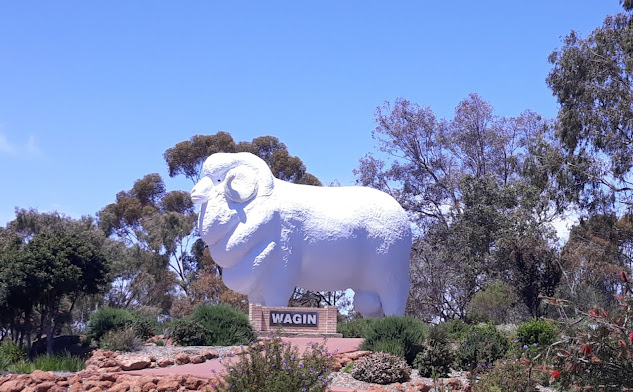 with a final stop at Bannister where we found a shady tree, made sandwiches for our lunch and arrived home shortly after 2pm and so avoided the after school traffic. With Christmas on the horizon followed by the summer school holidays, we will more than likely stay close to home for a while. 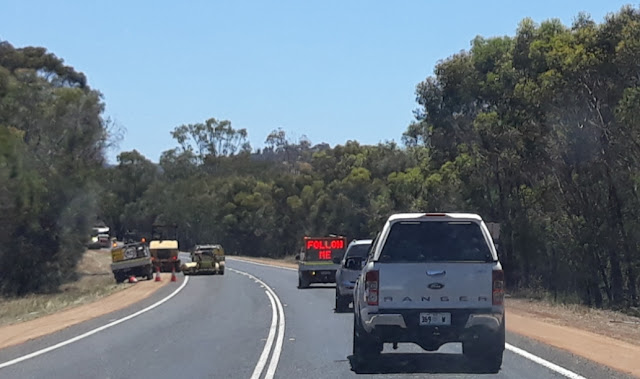