There were a few early showers this morning - we didn't leave Elliston until 11am by which time the rain had gone and had been replaced by blue sky and sunshine. 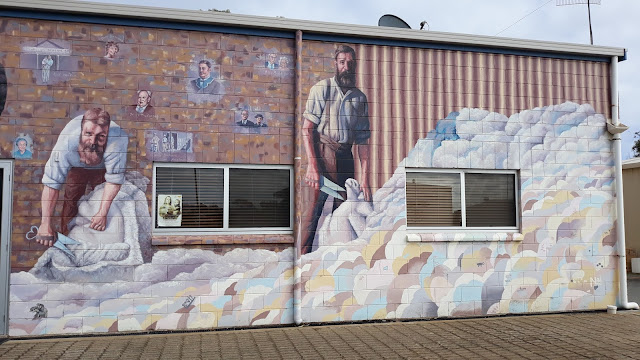 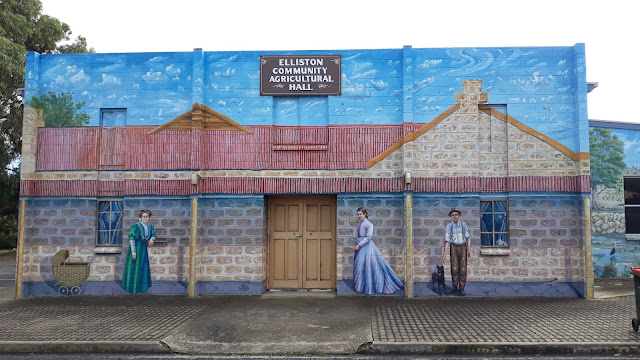 Murals on the walls of the Elliston Info Centre

The drive to Venus Bay 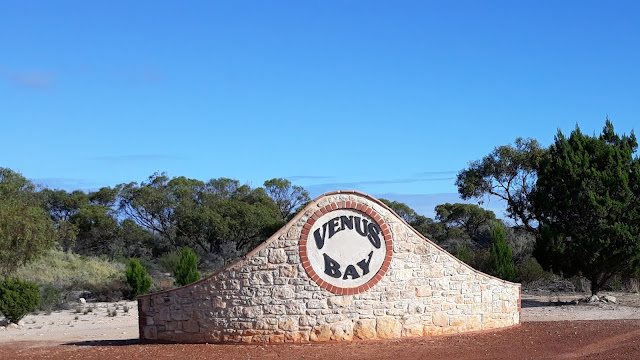 was not long, only about 60kms and we arrived near lunch time so settled in to the caravan park and had lunch before backtracking about 20kms along Flinders Highway to Tahlia Beach & Caves.  The road in off the highway was a bit rugged in places but well worth the effort as we were rewarded with stunning views 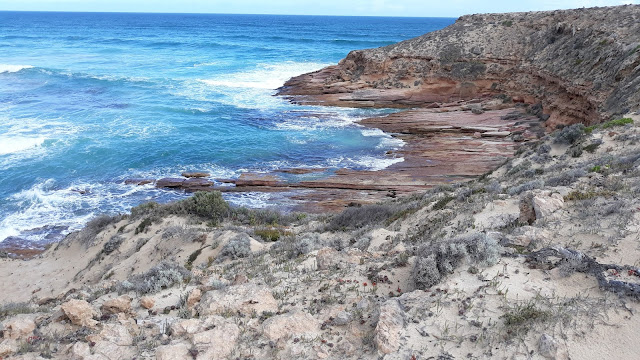 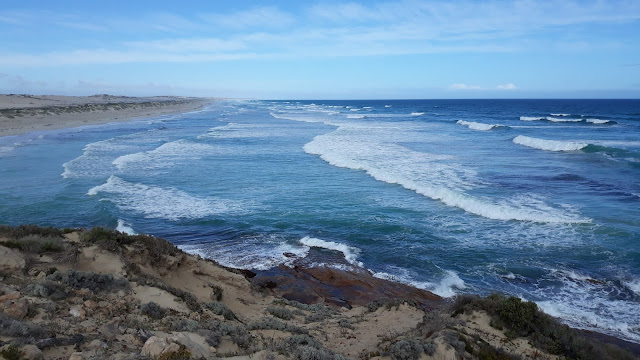 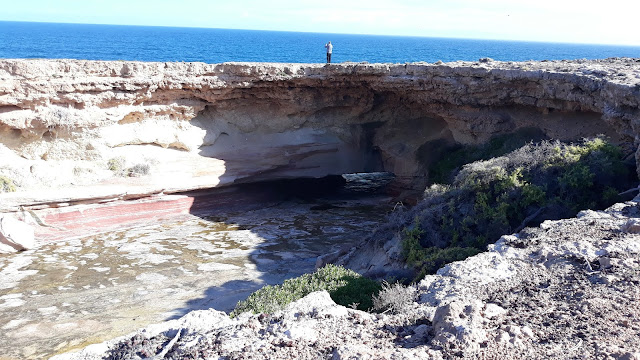 and "The Tub" whose thin layer of young limestone composing the roof has been eroded to such an extent that it has collapsed.  The original entrance is still covered and the collapsed ceiling has formed a rough bowl, 60 to 70 feet deep. 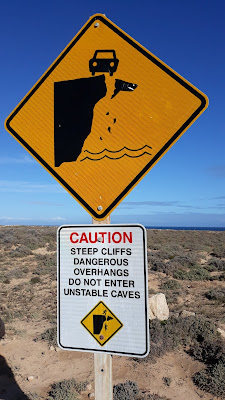 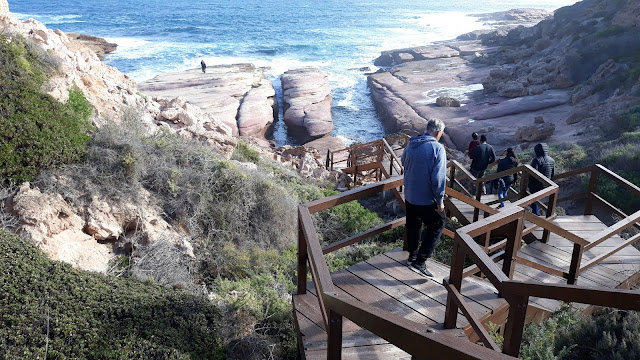 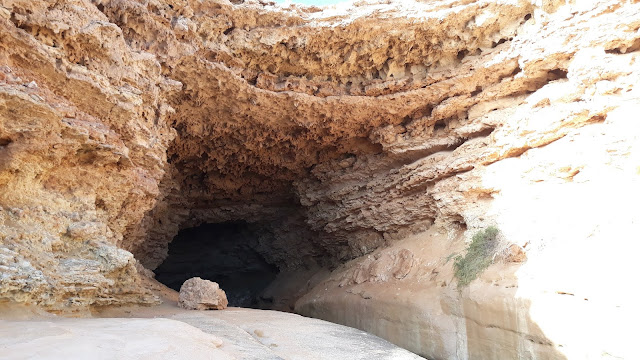 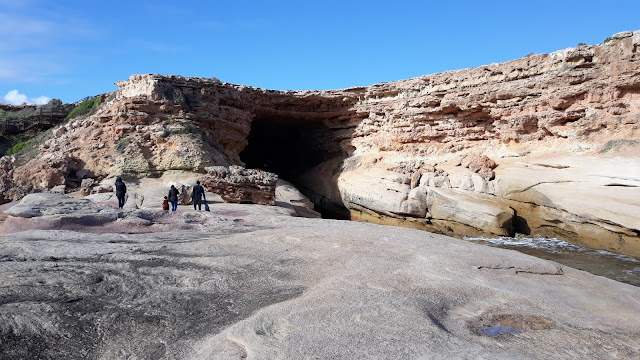 and survived the same 80 back up again!

On our return to Venus Bay 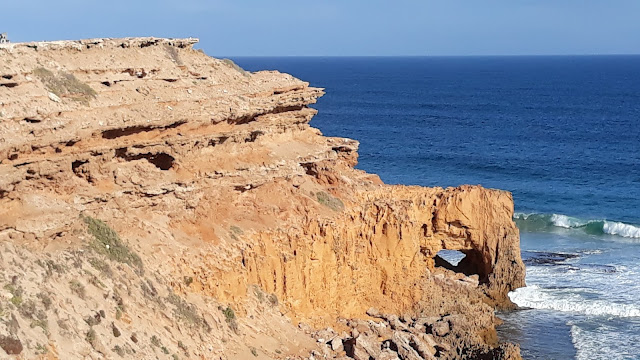 a visit to the Needle Eye 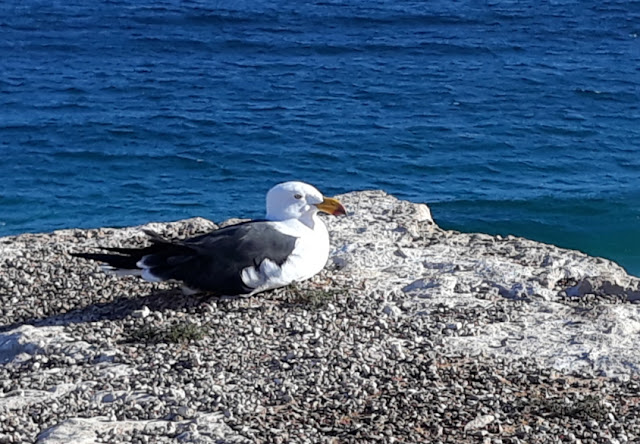 while on the receiving end of the evil eye

and back at camp,

the scavengers were lying in wait for returning fishermen 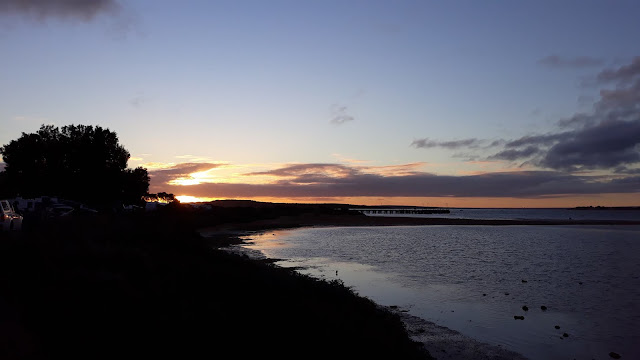 and busy preparing dinner, I just managed to catch the dregs of today's sunset. 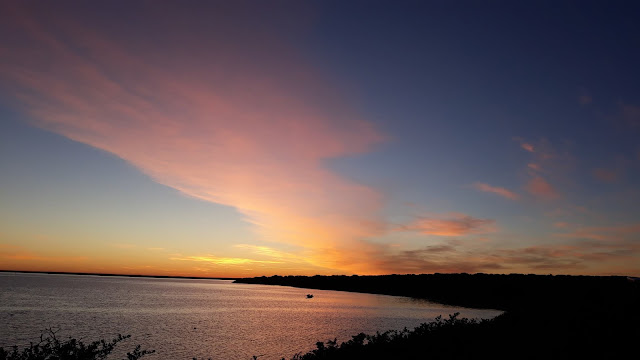 After breakfast this morning and before leaving Venus Bay, 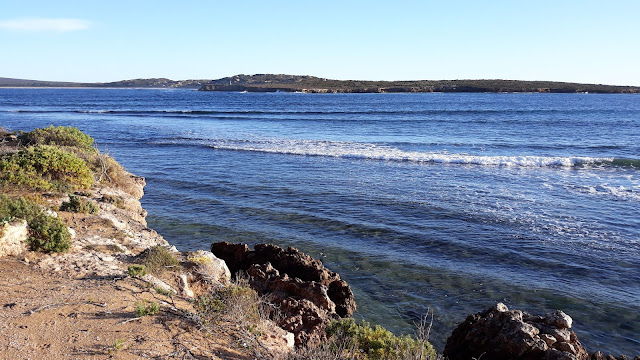 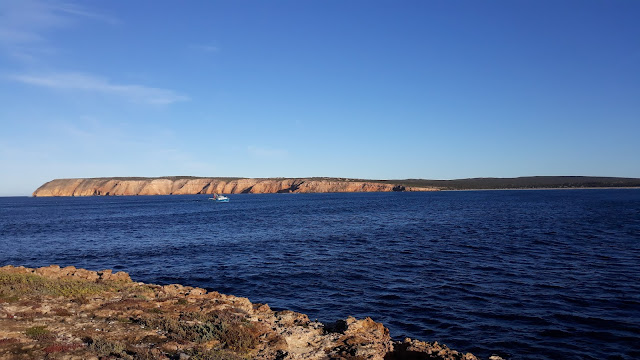 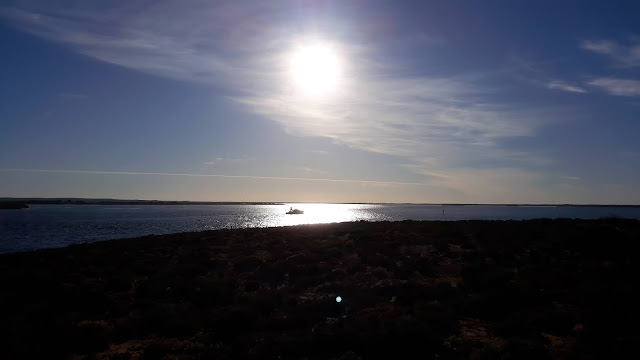 we embarked on the South Head Walking Trail.  It was sunny with a chill wind blowing but we didn't mind the cold too much, the views were worth a little discomfort.

About 20kms north from Venus Bay, and a little more that 2kms of bitumen road off the highway, we came to Murphy's Haystacks. 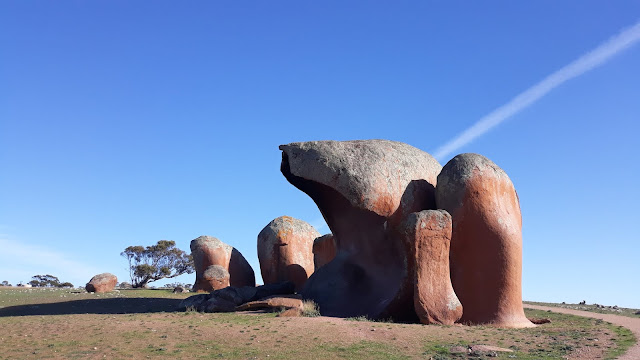 The unusual rock formations acquired their name from a Scottish agricultural expert who advocated that to produce good hay farmers should harrow their land for the best results.  While travelling with the coach he noticed the rock formations in the distance and informed the coach driver and passengers that this farmer harrowed his land to produce so much hay and fodder.  Being located on Murphy's property they became known as Murphy's Haystacks.  However the Haystacks are described technically inselbergs (a hill that looks like a rocky island rising sharply from the sea.)

We stopped in Streaky Bay, had lunch, visited the supermarket and service station and arrived in Smoky Bay in the mid afternoon. 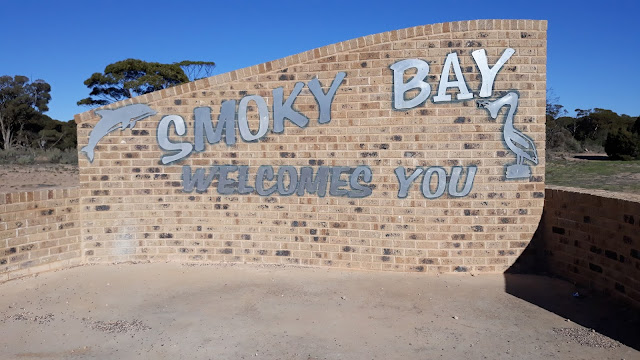 After a couple of hours chilling out, we strolled the few metres from the caravan park to the foreshore 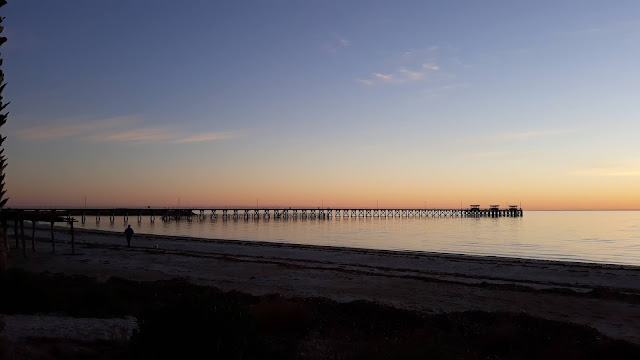 to watch the sunset, then strolled a few extra metres in the opposite direction, to he Community Club for a meal and drinks.

It was a half hour drive from Smoky Bay to Ceduna 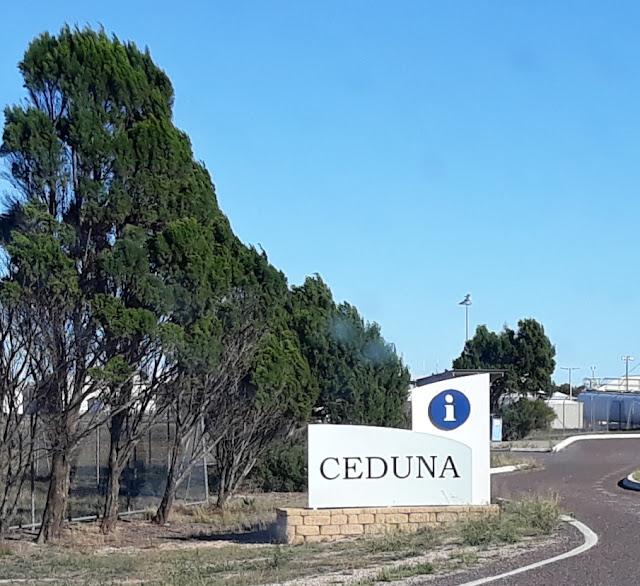 with sunshine and blue sky on arrival but it is now grey sky, rain and strong winds, confining us to the caravan.  An enforced laze which we were expecting so prepared for it.

We won't be going very far today.  After a bumpy night with strong winds rocking the caravan, the wind has not abated at all and a short while ago was gusting  up to 55kms an hour, not ideal weather for travelling so we are pleased that we don't have to.   Tomorrow morning we plan to leave Ceduna to travel to a bush camp just east of the SA/WA border, to spend our last night in SA (having served our time here, rather pleasantly I must say)  before an anticipated early morning border crossing on Thursday, 10th.